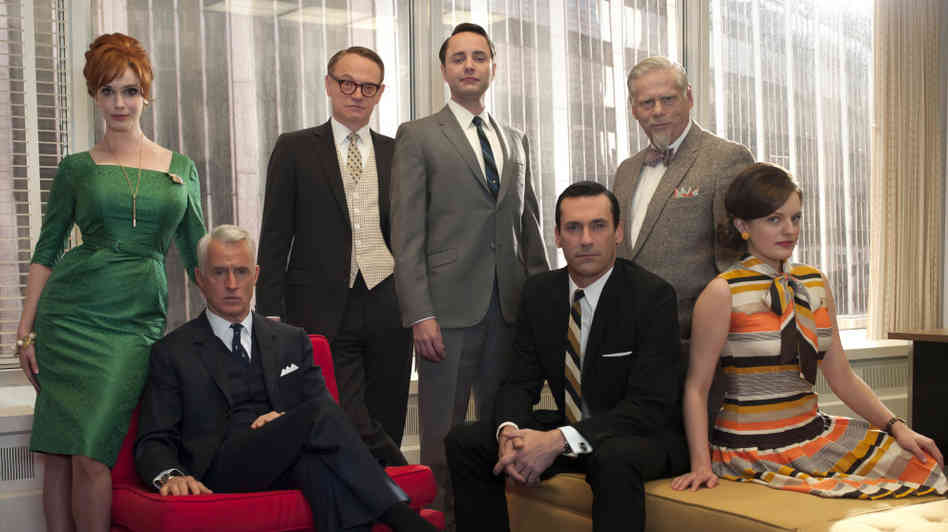 With the AMC hit drama Mad Men in its seventh and final season, I thought it would be a good time to take a look at what this Postwar American advertising show has taught us about advertising today.

Over the course of 8 years on air, the series has gained popularity through it’s engaging characters, decade-appropriate wardrobe and accurate representation of advertising’s “golden age,” which was filled with three martini lunches and male-dominated offices encircled with an endless cloud of cigarette smoke.

While advertising has drastically changed from the 60’s (you never hear Don Draper say the word “digital” or spend time behind a monitor), there are several contemporary lessons we can all learn from this TV series. So sit back, pour yourself a nice Manhattan and enjoy!

According to a U.S. News & World Report, 82 percent of customers leave one business for another because of a service-related issue. Advertising professionals must be ready to please the client, even under the most trying circumstances.

While we shouldn’t always agree with what the client believes, we should strive to always listen, immediately respond to their questions and work hard to provide the best quality of work.

Don Draper, the charismatic Creative Director, is always honest with his clients and isn’t afraid to give his point of view. He’s not afraid of disagreeing with their ideas, especially when it means providing a great idea that will improve their business. In one episode, Don even kicked an innocent client out of the office for rejecting his proposed ad campaign. Don said “Well gentlemen, you were wondering what a creative agency looks like? There you have it. Hope you enjoyed looking in the window.”

On the other hand, you have Roger Sterling, an account man who does not share the same view of clients as Don. His motto, “the client is always right and who cares if they are wrong because they pay the bill” is carried throughout the entire series. Unlike Don, Sterling cares more about the relationship than the end product.

As an agency and an account management team, we should fall somewhere in between the beliefs of these two men. We should provide the best service for our client, but stand up for creative ideas that we believe will help their brand and ultimately the bottom line.

While the Sterling Cooper and Partners office is dominated by mostly men, Don and his team never forget to ask themselves, “Who is going to purchase this product. Who are we speaking to?”

To illustrate this lesson, let’s look at a pitch their team made for Heineken beer. Don argues with his colleagues during the creative process that the target for the

German beer is in fact women and not men. Women are the decision makers for grocery store items, and purchase the product while men are the consumers of the product. He finally wins the debate with the big idea centered on “a beer for the upscale hostess.” The campaign exemplifies emotional advertising directed at women. When Betty (Don’s wife) goes to the grocery store, she sees a display and decides it would be a great addition to her around the world themed party. She is persuaded to purchase this beer over others because of its strategic placement in the store, its promotion and interesting presentation, thus proving Don’s point to his colleagues.

In today’s advertising world, catching an audience’s attention is harder than ever. 89 percent of all ads go unnoticed, 7 percent are disliked and only 3 percent are liked. In order to create buzz and capture people’s attention, strive to fall within the 10 percent of being noticed. The only way to do that is to take risks.

Be creative and bold to get people talking about your product.

During the Heinz pitch, Don and his team daringly choose to not show the product, the logo and even dare to refer to the product as “Heinz” not “Heinz ketchup”. A bold and unexpected ad gets the client talking.

4. An effective campaign begins by pulling on people’s heartstrings

An audience doesn’t want facts and figures, rather they want to be able to relate to a product on an emotional level. Advertising is essentially storytelling, connecting with someone to build trust with a brand. When Don Draper makes a pitch for the Kodak account, he plays on very nostalgic moments of his life through the use Kodak photos shown on a Kodak Carousel.

The client says they know it’s hard to work the “wheel” into the ad. The “wheel,” as the client calls it, “isn’t seen as an exciting piece of technology.” But Don proves them wrong, and during his pitch, he explains just how easy it is to advertise a product through the use of nostalgia:

“Technology is a glittering lure, but there is the rare occasion when the public can be engaged on a level beyond flash, if they have a sentimental bond with the product…. This device isn’t a spaceship. It’s a time machine… that goes backwards and forwards, takes us to a place where we ache to go again. It’s not called the wheel. It’s called the carousel. Let’s us travel the way a child travels. Round and around and back home again, to a place where we know, where we were loved.”

Being able to measure the success or failure of a campaign is key. Through measurement, we can make proper adjustments prior to launching a campaign (testing through qualitative and quantitative research) and even measure while the creative runs on air, to make proper optimizations throughout the flight.

In today’s advertising, we can measure online performance through the use of click-through rates, goal conversions and cost to acquire. In the 60’s, Mad Men didn’t have such measurement capabilities available to them, but they were able to test a campaign prior to launching it through the use of consumer focus groups.

Throughout one episode, the agency hires a psychological consultant, Dr. Faye Miller, to help bring consumer perspective into the creative process of developing an advertising strategy, creative and campaigns, for clients ranging from Ponds to Lucky Strike (a cigarette brand).

During Dr. Miller’s research for Ponds, she is able to tap into the consumer mindset to determine consumer sentiment, specifically that brand name recognition can be just as powerful as a clever slogan. To understand consumer sentiment, she interviews single women about their beauty regimens and what products they use to stay beautiful. The conversation quickly turns to men treating women badly and women’s need to feel wanted. After her several interviews, Dr. Miller reports to the partners the best strategy for marketing Pond’s is to tap into young women’s desire to get married – essentially implying Pond’s will improve women’s marriage ability.

This consumer finding differed vastly from the creative intuition that the team first pitched about what women want in a beauty product, but ultimately the research is what the consumer wanted to hear. This finding was only discovered through consumer insight and qualitative testing.

So where do we go from here?

As Don Draper once said, “Change is neither good nor bad, it simply is.”

Heartbleed SSL, what you should know, and what we are doing about it