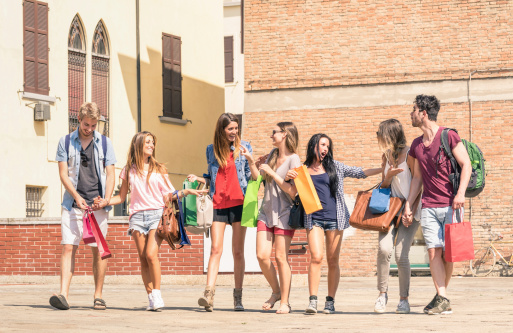 That’s because not only does this generation now account for about one-quarter of the U.S. population, its buying power will grow as these consumers get older. So as members of this group mature into a main consumer group, retailers and manufacturers alike will need to account for their needs, buying preferences, changing geographic locations and increasing spending power.

Nielsen projects that U.S. consumer spending will hit $5.7 billion by 2020 in retail and on-premise eating and drinking locations. That’s a figure retailers and manufacturers should be focused on if they’re interested in claiming a piece of that growth. And the first step is knowing where to find it – and that means finding Millennials.

When it comes to tracking Millennials down, many seem poised to make a move in the near term. In fact, only 25% of Millennial respondents to a 2015 Nielsen survey said they plan to live in the same area they live in now over the next five years. That means 75% of up-and-coming spenders plan to relocate, mainly to large cities and college towns.

As Millennials age, like previous generations, they’ll seek refuge in the suburbs with homes of their own. The Demand Institute’s “Tale of 2,000 Cities” study forecasts home prices in the large metropolitan areas could increase up to 33% above 2012 prices. This increase in home value will likely be driven by Millennials as they seek to put down roots.

To market to these rapidly growing cities, retailers and manufacturers will also need to focus on future food consumption habits. For example, it may seem like restaurants have cornered the out-of-home food game, but grocery stores are already beginning to respond to this trend with their own offering – the “grocerant.” Offering more than just your typical hot and salad bar, grocerants span the dining gambit, featuring everything from prepared meals to eat-on-the-go to in-store dining with a particular ethnic food slant. According to the Food Marketing Institute’s 2015 Grocery Shopper Trend Study, 34% of survey respondents find retail grab-and-go even easier than going to a restaurant.

Millennials will be on the move by 2020 – both with their home location and their busy schedules. In order for retailers and manufacturers to capture the rise of Gen Y, they’ll need to look for solutions that satisfy their need for convenience and locality.

Thank you to the folks at Nielsen for this informative article. To read the web version, click here.