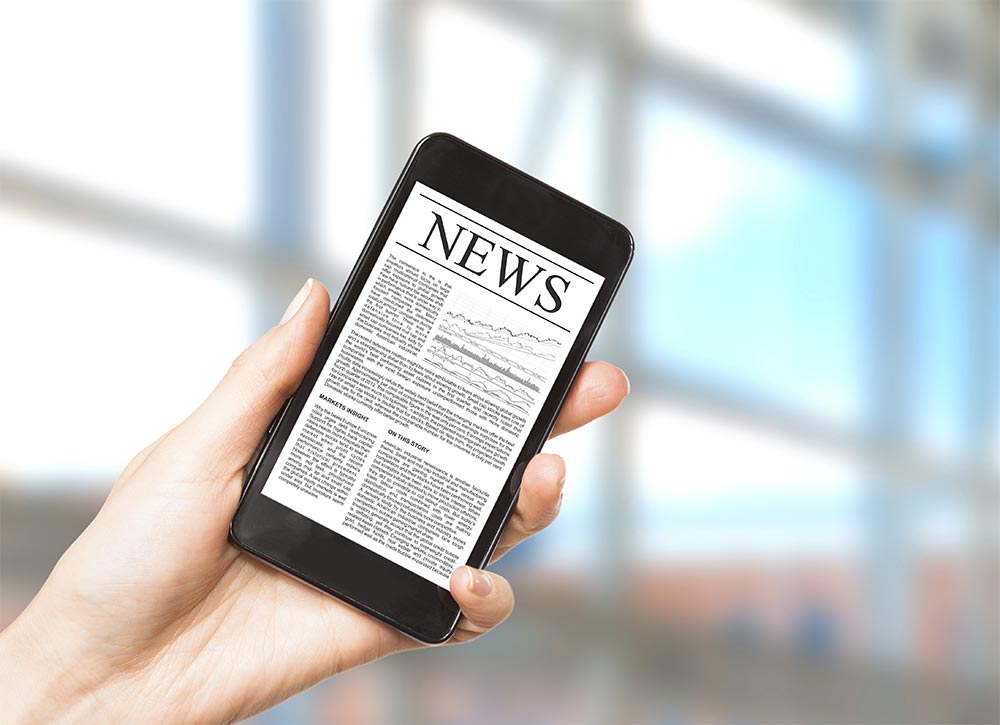 Media executives from television, online and magazine news organizations are optimistic that a mostly mobile audience will present new opportunities for reporting and engagement, even while revenue challenges remain.

The mobile era allows legacy publications to collaborate with new media properties and tech companies in ways they couldn’t a few years ago, Sisson said.

“How do we monetize this differently? We look to our partners for that,” she said. “There are new partners in this space. We just revealed the first cover of Vanity Fair on Snapchat, the first publication to do a pop-up channel. Totally monetizable. It’s so exciting and a beautifully done demographic in that sense—but on the same side, a new and interesting product that our sales team is excited to take out to market because it’s new.”

2. Media has been democratized.

While some journalists bemoan the idea of casual observers equipped with cameras scooping them—or replacing them—citizen journalists and other partners can potentially help news organizations cover everything that’s happening at any given time.

“What I think we have to accept though is that media has been democratized,” said Jimmy Mayman, evp and president of content and consumer brands at AOL.”

3. Advertising needs to catch up.

The advertising industry hasn’t caught up yet with where users are, Mayman said. Because of that, it’s hard for news to move entirely to mobile with a revenue model in place first. While 70 percent of AOL’s viewers are now mobile-first, that doesn’t mean the other 30 percent doesn’t exist—nor does it mean the 70 percent who are mobile-first aren’t consuming content on a desktop.

“There is a gap, right? There is a delta between the amount of users we see on mobile platforms and the money that is right now flowing in from the advertising perspective,” he said. “So if you made that call tomorrow, obviously you would be leaving a lot of money on the table. We would not be able to do that.”

News has gone from broadcasting to one-to-one interactions, Romano said. While that creates opportunities, it also creates challenges on the backend that aren’t visible to consumers who simply want their video feed to work.

“That means that it’s real time, it’s based on what the people want to watch and from which device they are watching it,” she said. “I would say that there is technology in the delivery chain of the network that is hiding the complexity … the technology software and the cloud are enabling it to do all this processing in real time on the fly.”

5. Video will be more vertical—and virtual.

How users consume video means publishers and advertisers need to change how they create it. While vertical video is becoming more popular thanks to platforms like Snapchat, virtual reality is also on the forefront. Andrew Hawken, head of digital media at Sky News, said his team has already begun experimenting with virtual reality storytelling and plans to do more of it.

“We’re really excited about this,” Hawkin said. “In terms of [the] golden age of journalism and all that good stuff, the opportunities offered by 360 video and virtual reality are really fantastic. We’ve done quite a lot of this already. We did a big thing on a migrant camp where we did 360 virtual reality. The reporter said it challenged everything he knew with how to do journalism and television. Your classic TV has a beginning, middle and an end. …This was completely different. Where was the reporter in this scenario? But it really felt to us, in terms of immersiveness, like taking you right to the heart of an important story.”

Thank you to AdWeek for this informative article. Click here to read the original piece.