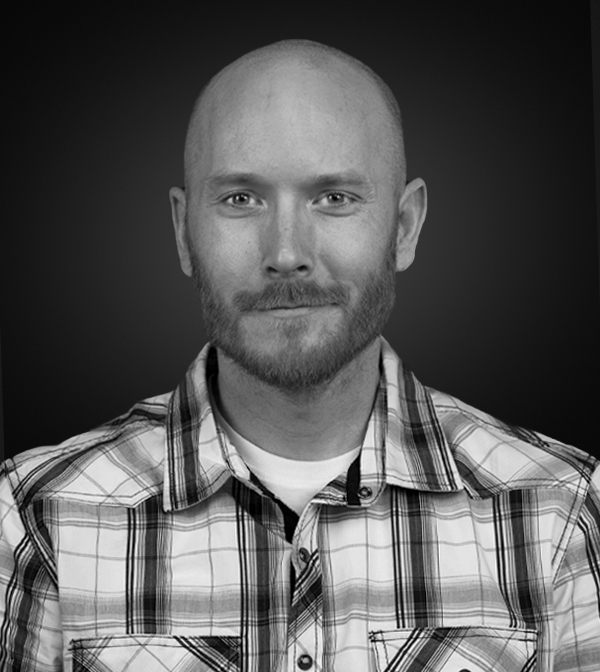 It’s been said more than once that one should never trust a man with two first names, but with a good set of speakers and John Prine singing through them, you can trust Jim to create sublime digital wonders.

He grew up in Columbia, Maryland; a city designed in the 60’s to “increase quality of life for its residents.” Like many of us, Jim truly began to appreciate his hometown when he no longer lived there. Later moving on to Frostburg State University for his bachelor’s degree, and then living in Baltimore for a spell, he’s finally come to settle down with us in the Tar Heel State.

Jim came to his career trough the side door. At age 18, unsure what work would suit him, he chose to concentrate on a degree in Business & Marketing because it offered some flexibility. After graduation, he realized that neither business nor marketing inspired his best work. He shifted focus to building graphic design skills, and parlayed that into web design work. With around a decade of experience in web development, he hasn’t looked back.

Jim considers himself a realist, but a short conversation reveals his general optimism. His personal philosophy is “accentuate the positive.” He sees the objective reality, but his positive outlook and geniality add a nice light tint to the view.

As a family man with a young son and a wife he treasures, he’s building up his arsenal of dad jokes. His son already has a supply of them from which to draw. The first one Jim taught him was:

Question: How do you make a tissue dance?

Answer: Put a little boogie in it!