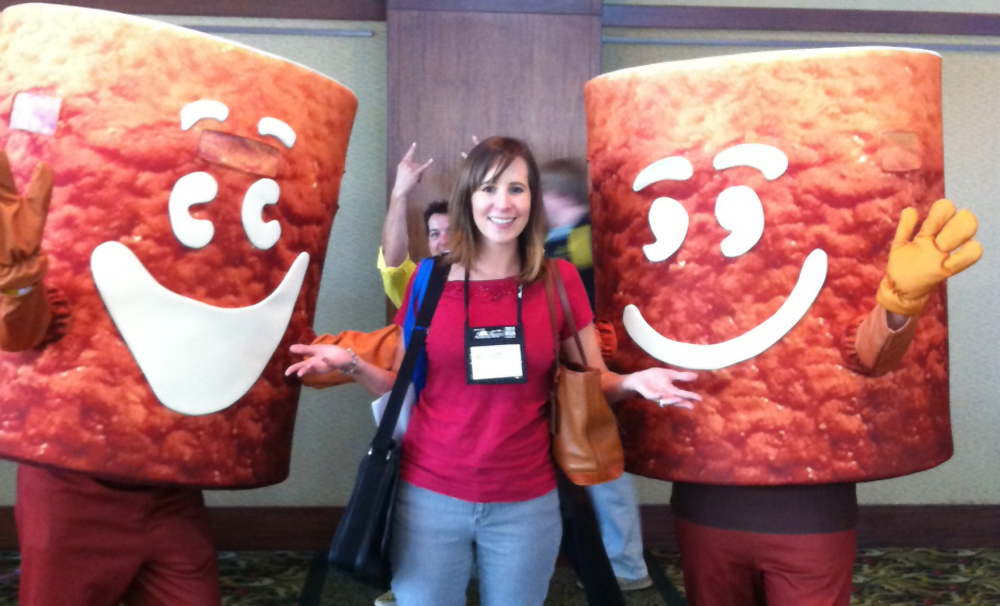 One of my favorite companies I work with here at TG is Kampgrounds of America (KOA). For about 2 years, I have been helping with digital marketing for 2 of our local KOA’s (Wilmington KOA and New Bern KOA).

I just had the honor of attending my first (and I hope not my last) Annual KOA Conference, held this year in Charleston. I have to say, I was so impressed with KOA throughout this whole experience. KOA pulled out all the stops from the get-go. The first night felt like a beautiful wedding reception, held at an iconic plantation called Boone Hall. We had an amazing southern-style dinner with all of my favorites, including succotash, shrimp & grits and bread pudding! I could go on about the food, but that’s not my point really…

The KOA Brand
My perception of KOA was once much different than it is now. I guess I had thought that a KOA was where you would go if you drove a camper and had to park it to sleep. You would stay there overnight and get up and get going again. Not the case! These are unique little havens spread throughout the US and Cananda. They have stocked “Kampstores”, swimming pools and playgrounds.

Many KOA’s have cabins, ranging from rustic to totally deluxe (complete with fresh linens, kitchens, restrooms, flat screen TV’s, gas grills and more). What do cabins mean? To me, this means I can go stay there as easily as I could go stay in a hotel. This opens up a whole new market segment for KOA and seems like such a smart move for the brand.

What’s Behind the Yellow Sign
Hard-working, devoted people, that’s what (or who)! To me, this convention seemed more like a family reunion. These KOA owners, managers and their families are close, even though they may be hundreds of miles apart. Owner milestones were celebrated—10 years, 20, 30…and even 40! Our very own Joel Tomaselli and Pat Holtzclaw received an award for their 10 year anniversary with the New Bern KOA. This group is so dedicated to what they do, and they are so encouraging of each other—I just want to take this positive energy and bottle it!

KOA Care Camps
In my work with KOA, I learned about a program called KOA Care Camps. In short, this is a charity program designed to allow children with cancer attend summer camp, so that for one week they can forget all of their worries and focus on just having fun and being a kid. At the convention, we found out that KOA has raised over a million dollars this year alone! This is an amazing program, and I’m so proud to even think that the role I have with KOA can positively impact this charity.

KOA Down the Road
KOA is setting a real bench mark for other companies, especially in the digital world. The website has tons of resources, including the KOA Blog with camping-related stories and even recipes. There’s a new KOA Mobile App to make searching campgrounds easier.

We are also in the process of launching a web-based display program called Kampcast. My company is building this program to be an easy, thoughtful tool managers can use to communicate to their campers, ensuring they have a great experience. We introduced this system at the convention expo, and we are excited for its launch early next year!

Working with this group and knowing that I’m a part of their success is so inspirational. Regardless of how fun KOA is, thanks to them, I can’t wait to get to work!

The 8-second Challenge: Get your subscribers’ attention + encourage engagement