The minute-by-minute excitement could be felt from the field, on screens across the country, and through social media as millions took part in the action on Twitter. 15.2 million people in the U.S. saw Tweets about Sunday’s telecast of Super Bowl 50 on CBS. Those Tweets were seen a total of 1.3 billion times (Twitter TV impressions) throughout the night. The audience reached by Tweets about the event was 53% male and 56% over the age of 25. 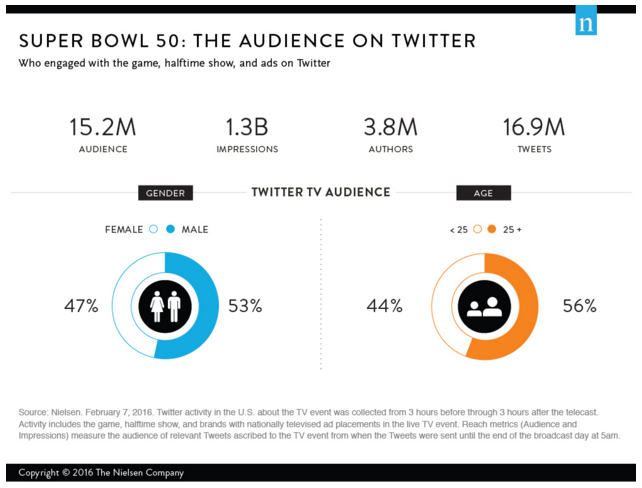 Fans weren’t just Tweeting about the game and halftime – tons took to Twitter in response to celebrity-filled ads, to participate in contests and to comment on character cameos, whether they be babies, animals or a creative combination. The ads were scoring touchdowns across the board, driving 1.4 million authors to send 4.6 million brand-related Tweets during the TV event. The word “commercial” was mentioned in 590,000 Tweets. 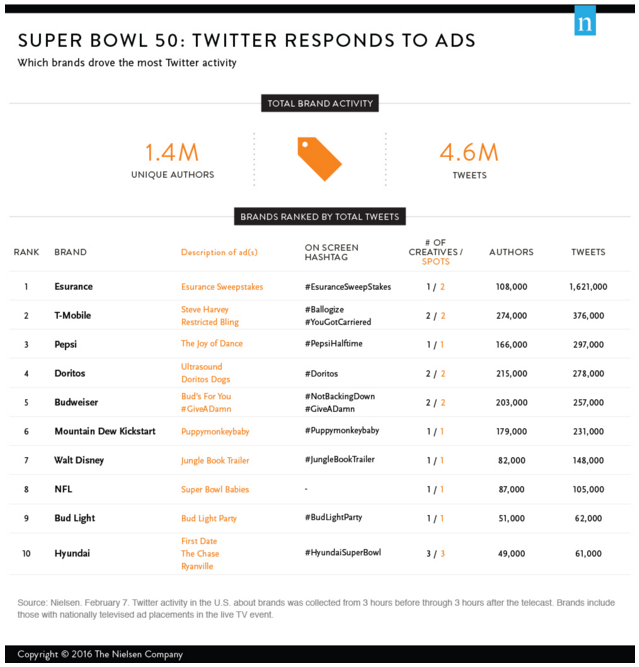 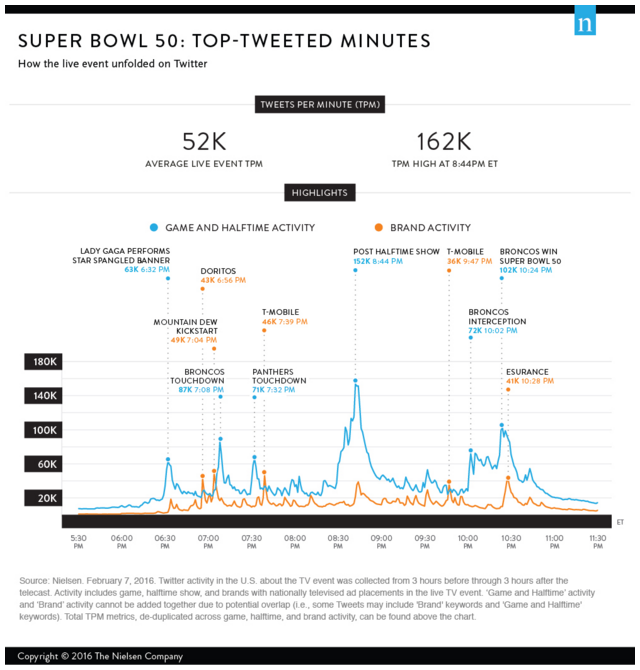 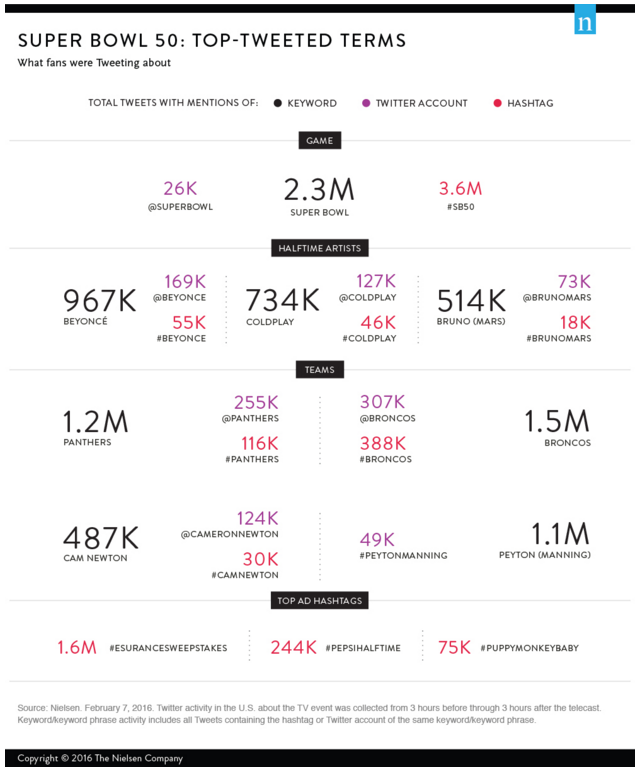 The excitement around the TV event didn’t just start on game day. We also took a look at Twitter activity happening on a 24/7 basis in the two weeks leading up to the event, specifically tracking mentions of the Super Bowl, along with related terms (#SB50, @SuperBowl, etc.), as well as mentions of the teams playing in the big game. Fans sent a total of 3.5 million Tweets about the Super Bowl, 796,000 Tweets about the Denver Broncos, and 912,000 Tweets about the Carolina Panthers in the two weeks leading up to the main event. 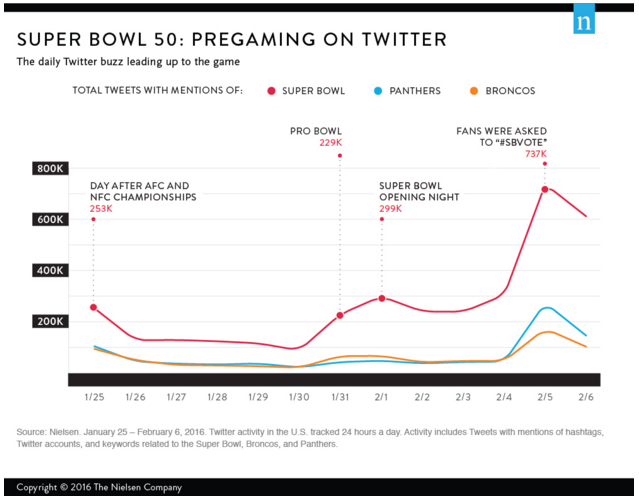 Through the lens of the Super Bowl, we can see how consumers experience live TV events today, with their smartphone and tablets in hand and social media at their fingertips. This immediate consumer response to the game and the ads through social media brings benefits to networks looking to understand audience engagementand offers opportunities for advertisers and agencies to boost earned media for their brands.

Thanks to the folks at Nielsen for this great article. To read the web version, click here. Contact us to learn how to use Twitter to boost your brand or business.