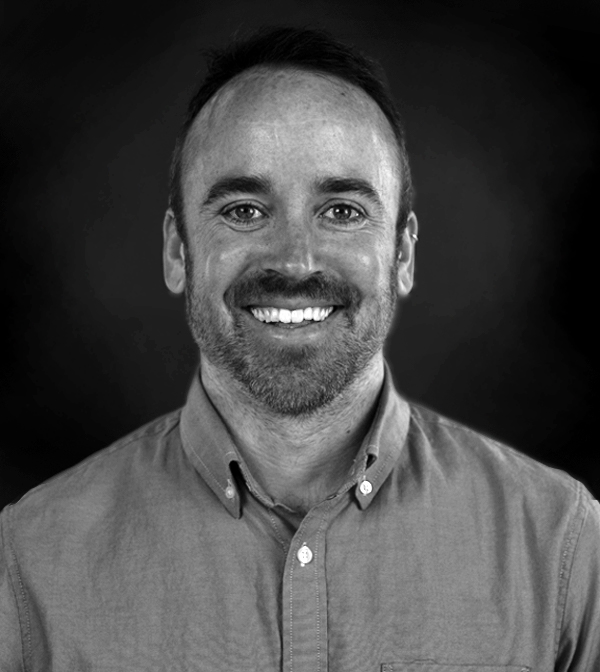 Secret Talent:I can turn any song into an impromptu tune about my dog

"Don't let the Muggles get you down."
-Ron Weasley

Mike’s been around. The son of a Marine, Mike lived his first years on Long Island but spent most of his formative years in Swansboro, North Carolina. Mike’s endless resourcefulness springs from his youth. The unofficial Marine slogan: “Improvise, Adapt, and Overcome” became one of his own personal mantras.

Outfitted with a pair of Bachelor’s degrees from UNCW, Mike spent a bit of time bartending at a pub in Swansboro. While there, Mike created a drink that they still serve and which still bears his name, “Mike’s Black Eye”: a pint of Guinness with a shot of Illy espresso on top. It’s delicious, and the only reason you aren’t more impressed right now is you haven’t had one yet.

Mike came to UI/UX Design through a back door. While working for a smaller manufacturer, he transitioned from Photographer to Web Designer and then to Creative Director. During his time there, and due at least in part to his website improvements, sales more than tripled. He moved on to a graphic design position at an agency where he grew quite fond of the variability of agency work and clients. During that journey, his philosophical approach to design took form, emphasizing efficiency, usability, and growth potential.

Mike’s strategy is to learn where the user wants to be, and how they consume site information. From that point, Mike works to present the information and experience in a way that gets people to what they want faster. “It’s not exactly mind-reading, more like mind-assistance,” he says.

As A UI/UX designer, Mike delivers clean, thoughtful, top-notch designs for our clients. To Mike, the ability to immerse himself into a new brand, to understand their products, services, and customers is a fascinating and revelatory experience. His skills as a writer and artist assist his understanding of the harmony between clear, concise messaging, and visual components; allowing him to create effective, aesthetic designs with engaging user experiences.